The Evolution of Cyber Monday 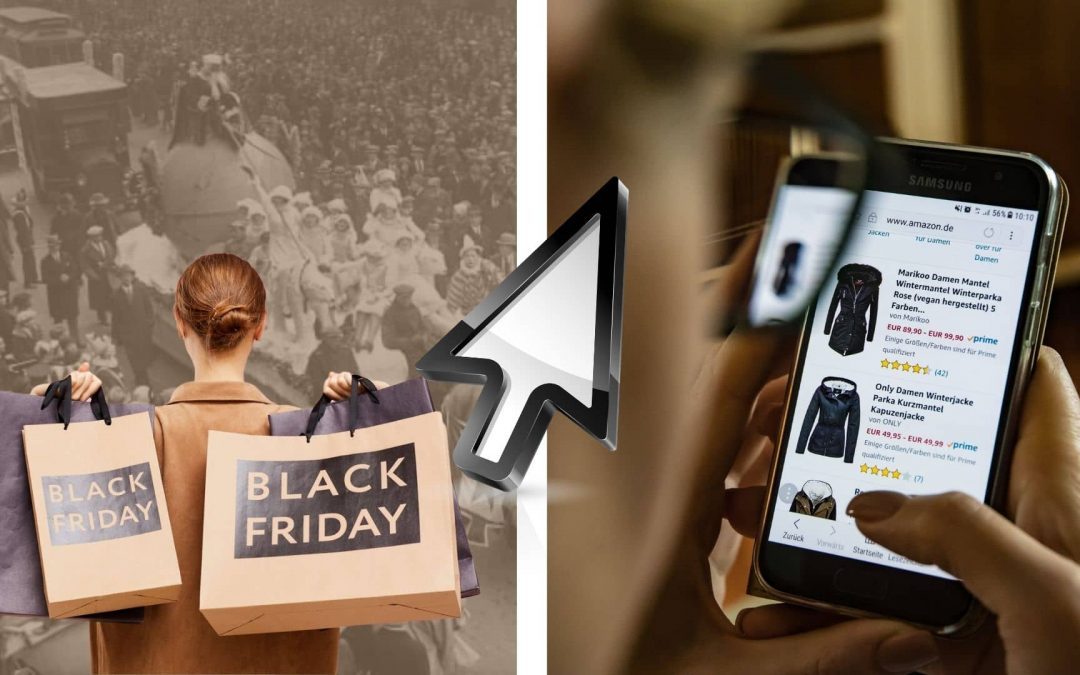 Though it is difficult to remember a holiday season before Black Friday and Cyber Monday, the traditions themselves are relatively young.

Black Friday started small in Philadelphia in the mid-1950s, where people would come to town after Thanksgiving for the annual Army-Navy football game held every year on Saturday.  Businesses were packed to the brim and sales were high, but with the extra shoppers came the extra shoplifters – and police quickly termed the day Black Friday.

It was not until later in the 1980s, when profits were down and retailers were looking for the holiday boost that Black Friday was picked up nationally and proven to help launch holiday sales and record profits for year end.

Cyber Monday began as a new online shopping trend in the early 2000s.  They even considered calling it Black Monday to better accompany Black Friday, or Blue Monday after the blue hyperlinks.  Neither seemed to click, as black Monday references the day the world stock markets crashed and blue Monday does not exactly provide the upbeat holiday image marketers were looking to emphasize.

How It All Began

The term “Cyber Monday” was debuted in 2005 through a press release by the National Retail Federation (NRF) to highlight the recurring spike in online revenue and traffic on the Monday following Thanksgiving.  In the initial press release in 2005, claims were made that “77% of online retailers had seen their sales increase substantially since the previous year” and this trend was expected to continue to grow.

It was believed that shoppers would eat their way through Thanksgiving, shop their way through the sales on Black Friday, and then Monday be at work and online to shop because the internet connections were much faster and the kids could not see what would be under the tree.

The New York Times report picked up the story, helping to educate consumers about online shopping opportunities on the upcoming Monday, and that Monday reached almost a half-billion dollars, a 26% increase from the prior year.

It took years for it to live up to the initial claim “biggest online shopping day of the year.” In its first decade, many retailers and consumers believed it was more about the marketing gimmicks than sales.

However, in 2014, everything changed. That Cyber Monday marked the actual biggest online shopping day in the country’s history and each year since it has been beaten.

Amidst a global pandemic, Cyber Monday in 2020 broke the nation’s record with Americans spending more than $10.8 billion online, crowning it the biggest eCommerce sales day in the country’s history. Part of this success is at the cost of brick-and-mortar stores who were closed or running at limited capacity due to shelter in place restrictions, causing a drop by more than 40% during Cyber Week.

With so much uncertainty with the supply chain and many shoppers taking advantage of the extended holiday season, many are still predicting a strong Cyber Monday with sales more than $11.8 billion this year.

How did you fare on the Biggest eCommerce Day of the Year?

OPAL is the innovative solution to simplify your small to mid-sized to enterprise business fulfillment needs in today’s rapidly transforming retail world.

As your eCommerce business looks to optimize processes for this coming new year ahead, OPAL is here to partner with you in your growth.

To learn more about how your eCommerce business can thrive in the holiday season ahead with OPAL, click here!

Click here to book your customized demo today.  We are here to support you through this time of change and are here to help you innovate and thrive!